The revenge was over, the warrior named Drasius kept his word, now it was time to seek the secret of the resurrection; a secret protected by the gods of chess, but Drasius did not have the ability to defeat them, so he went to the island of roses where the Goddess Caissa lived, the creator of the game called chess.
On the shores of the island were carpets of petals of different colors, rose bushes abound throughout the island. Drasius shouted: “Revenge has been mine, Goddess Caissa.” The goddess appeared judging Drasius for his evil. Drasius said: “Judge me and help me defeat the gods of chess, I want the secret of the resurrection.” The goddess Caissa observed Drasius from head to toe, and said: “Now you are immortal, and every time you play chess, immortality will disappear little by little, and if you lose you will die; Do you plan to continue with your desire? ”

Drasius mentioned all his knowledge about chess.

The 16 pieces are: A king, a queen, two bishops, two horses, two towers and eight pawns. The movements for each piece are the following:
The Pawns can move one or two squares from their initial position, and then only one square, always advancing to the other end of the board. There can not be two pieces using the same frame, and the following situations can be given from a block, a possible capture or a square occupied by a piece of the same group of 16 pieces. 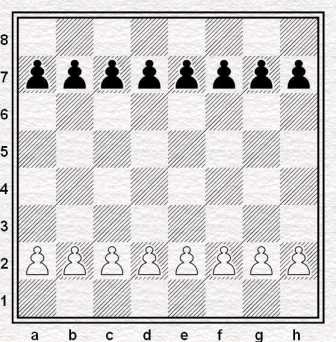 The pawns capture in diagonal right or diagonal left, and always advancing to the front. (The capture is when a piece occupies the same square of the enemy piece to remove it from the board, unlike the pawn, the other pieces capture in the direction of their movements). 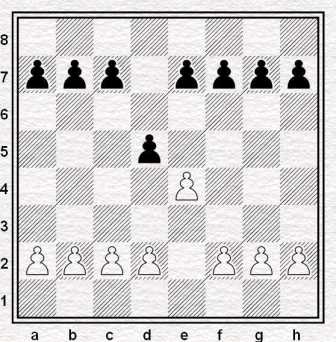 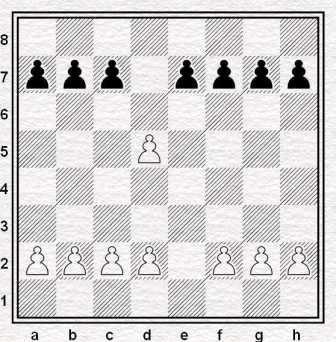 There is also capture in the pass, and that is when a pawn moves two squares from its initial position and is placed next to an enemy pawn, which has the option to capture in the next move, otherwise, the capture of the pawn does not it’s possible. 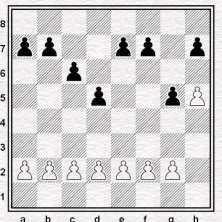 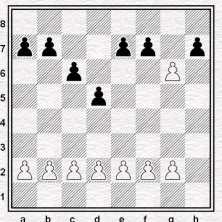 A special ability of the pawns is to become another piece between rook, knight, bishop and queen, when they reach the other end of the board. 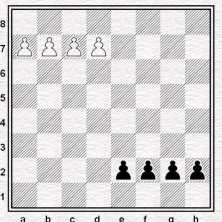 The king moves a square in any direction, but can not move to a square where it can be captured; and it can not remain in a square where its capture is possible, so it has to take some action from moving or protecting itself with another of its pieces.

The queen moves in any direction and all possible squares, without jumping on any piece. 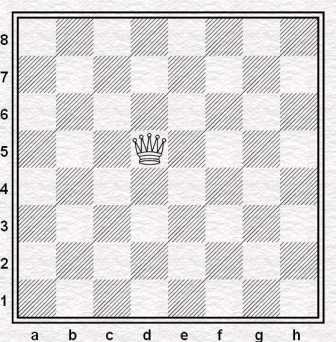 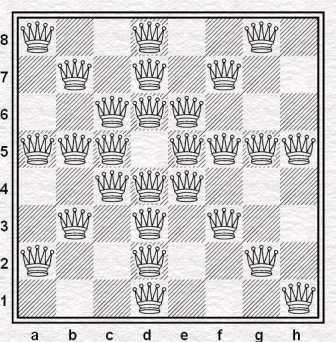 The tower moves in the direction of all possible squares in a column or row, without jumping on any piece. 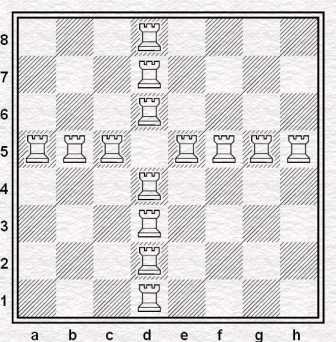 The bishop moves on the diagonal of light squares or dark squares, according to the assigned square from the beginning of the game. 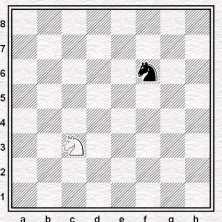 There is a special move called Castling that is done with king and rook, the pieces must not have been moved from the start of the game to make the long Castling or the Castling short. The king moves two squares to the right or to the left, the squares must not be threatened or occupied, while the tower jumps over the king to be placed in the first square where the king passed. 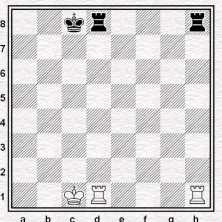 And defeating the enemy king is the end of the game, however there may be a tie.

Faced with such knowledge, the goddess Caissa began to laugh, and said: “All you have mentioned is to play and not to win.” A chess god named Alekhine appeared, and said: “Goddess Caissa, how dare you teach Drasius chess? Now you deserve an exemplary punishment. ”
The goddess Caissa made appear a chessboard with her pieces, and said: “The island of the roses is my prison and here I command”.